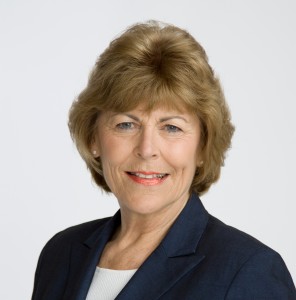 When Patty Lent was a Girl Scout, she never thought about a career in politics.

Patty started out as a Brownie in Tacoma, wearing her cousin’s hand-me-down uniforms. Though her cousin eventually quit, Patty was a Girl Scout into high school. She was the one in her troop who could always be counted on to help the troop leader, volunteer for activities or sit beside the shy girl – all leadership qualities that came to her naturally. But she didn’t envision a career in politics. She wanted to be a ballerina.

After her parents divorced, Patty’s dancing lessons came to an end. So when she went to college, she focused on teaching. Again, the future held an unexpected turn for Patty. She left college to help her father through the loss of her stepmother. “I paid my dad $50 a month in rent, even though I was there to help him,” Patty remembers. “And when I left, he gave me all that money back. It was his way of helping me get started and teaching me financial responsibility.”

A short few years later, Patty had married, had a son and divorced. It was 1972 and single mothers didn’t have a lot of options. She interviewed with Holiday Inn and soon became the company’s first female sales director.

Not afraid to be a groundbreaker, Patty joined the Kiwanis club as the first female member of her chapter in 1987. “When I joined, they said, ‘If we have to have a woman, we’re going to have a woman president,’” says Patty. “So I was the first female president of Kiwanis in the country. I would go into meetings and the men would say, ‘You’re in the wrong place, the secretaries are over there. When I stood up to speak at the national convention, the men resented my boldness. But they also took my suggestions,’” she says.

Patty’s second husband brought her to Bremerton in 1988. She immediately joined organizations like the American Red Cross, American Cancer Society and the American Heart Association – groups that make a difference in people’s lives. But still she did not see herself in politics.

Finally, someone suggested that she run for County Commissioner. She won and served her term, but lost her reelection campaign. “That was a huge disappointment, and a huge lesson for me,” she says. She went to work with her sister and put politics out of her mind…until the then-mayor retired. Suddenly, she saw an opportunity to make a difference in her community on a more local scale.

“It is so rewarding to be an agent of change and then see how what you do affects the people around you,” says Patty. And she has certainly brought a lot of positive change to the residents of Bremerton over the years. 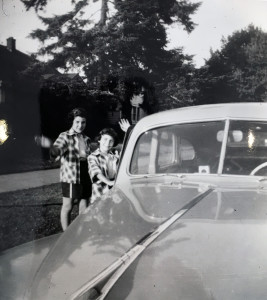 As mayor, Patty’s list of achievements is diverse and far-reaching. She worked with the YMCA to begin free swimming lessons to all third-graders in the Bremerton school district, organized local landlords to provide housing to unsheltered veterans in the community, and created job shadowing programs for high school students to learn about skill-based careers at West Sound Tech.

“Finding people’s strengths is the key to opening someone’s exposure to success,” says Patty. “If you can recognize and develop their unique talents, they will shine.”

This philosophy has certainly proven true in Bremerton, which now has zero unsheltered veterans, among many other improvements achieved under Mayor Lent’s direction.

“I talk to kids about what they want to do with their futures,” she says. “I remember one little boy who didn’t know what he wanted to be as an adult. I suggested becoming a welder and explained what that was. He said, ‘Yeah, I want to be a welder!’ I told his teacher, ‘If he still thinks that next year, let’s take him to shadow a welder and let him really see it.’ It just takes a spark to ignite passion.”

When she became mayor, Patty knew that she wanted to do more with Girl Scouts. “They treat all girls the same and teach lifelong lessons,” she says. “I learned so many valuable life lessons as a Girl Scout that I still carry with me – things like compassion, respect, diversity. A Girl Scout could be anyone, from anywhere, with any sort of family or background. But when she joins a troop, none of that matters because suddenly you are all brought together in this wonderful common ground. Growing up, I was exposed to more diversity in Girl Scouts than I was at school, which really broadened my view of the larger world. We are living through some tough times today. In our community, we try to teach our kids values, pride and togetherness. We try not to give our time or attention to issues that divide our nation, but focus on the positive.” 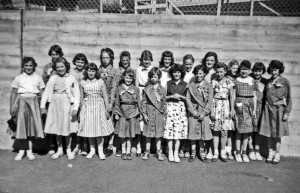 Patty also has some sage words for today’s children. “When I speak to kids, I tell them anyone can be a mayor. It’s not a career job. A mayor is someone who wants to make a difference. You campaign to tell people what you want to change, and when you finish the changes, then you go back to your regular job. But in that moment, you stand up and make the changes you feel are needed.”

“I tell girls they really can do anything,” adds Patty. “And the skills they learn in Girl Scouts will serve them their entire lives. They can go on to be lawyers, teachers, anything, and the things they learn now, like courage and respect, will stay with them.”

For someone who never thought of herself as a politician, Mayor Lent is an example of how to gracefully navigate this challenging role and leave an admirable legacy of her time in office. Her focus on making positive change in her community never wavers and her list of achievements continues to grow.

“You have to have enthusiasm, passion and energy to be successful in any endeavor,” she says. “Without those things, nothing you do in life will be as rewarding as it could be. A job is just a job…unless you love it.”

And it’s obvious that Patty does.