How many times have you had a dream about doing something cool, gotten super excited about making it happen, then quickly talked yourself out of it?

Maybe you didn’t think you had enough experience or money, maybe you lost your confidence or maybe you thought someone else could do it better.

Perhaps you didn’t follow that dream, and were left wondering what could have happened.

Jennifer Shea, the founder, baker and party-maker of Trophy Cupcakes, was almost one of those people.

Even though she discovered her love for baking when she was little, her life took her on many different journeys. Turns out, it was actually those life adventures that helped her figure out what her true passions were. And here’s the best part – she didn’t figure it out until she was in her 30s. That proves there is no time limit for dreams! And no expiration date, either!

Before There Were Cupcakes 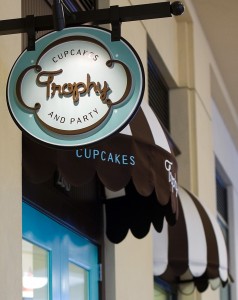 After high school, Jennifer thought she would become a marine biologist.

It was a career fair, however, where she found herself intrigued by the study of nutrition, and decided to attend Bastyr University. She earned a Bachelor’s degree in nutrition and dietetics, and became a dietician. Then, a new adventure showed up.

“My ex-boyfriend was a musician,” she says, “and asked me to go on tour with his band. I became their merchandise manager in 2000, and learned about inventory and branding while traveling across the U.S. and Europe.”

So now she knows about nutrition, management and sales, and there is still something in her that thinks there’s more out there.

“I went to my first cupcake shop in 1996,” Jennifer recalls. “It was in New York. That’s where I had my a-ha moment. The seed was planted, and I started researching bakeries and patisseries in every city I went to for the next several years.

“I never thought of baking as a career, but a friend convinced me to write a business plan, and later became my angel investor.”

Jennifer started Trophy Cupcakes in February 2007 in Wallingford Center, and could quickly tell her idea would become a success. She sold 300 cupcakes on the first day, and found it difficult to meet the demand.

The Frosting on the Cupcake 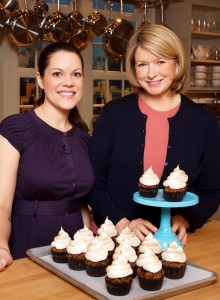 In 2008, Trophy would be put on the map, and Jennifer’s dreams were about to grow bigger than she had ever imagined.

Martha Stewart’s producer called. Martha and her team tasted samples from most of the cupcake shops across the country, and were only going to feature three companies on their show, which meant there was some stiff competition. Jennifer bought two tickets to New York, and she and her kitchen manager borrowed a friend’s kitchen to make cupcakes they hand delivered to Martha’s studio at 8 a.m. the next day.

“The producer called me that day and told me ours were the best,” she beams. “That changed everything. The show aired April 3, 2008, and lines were out the side of the building for two weeks straight. People were calling from all over the country to place orders.”

Turns out, the cupcake Jennifer made for Martha’s show was inspired, in part, by her Girl Scout experiences!

“I grew up going to Girl Scout camp,” Jennifer fondly remembers, “and the chocolate graham cracker cupcake with toasted marshmallows I created for The Martha Stewart Show was inspired by s’mores. It’s still listed on her website under ‘Favorite Cupcakes!’” 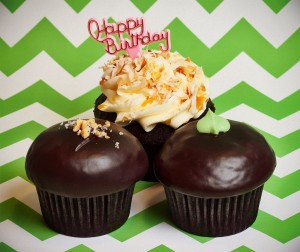 We love that Jennifer has carried her love for Girl Scouts even further, and created three cupcakes inspired by Girl Scout Cookies!

We also love that she wasn’t afraid to try out lots of different things before figuring out what it was she was meant to do with her career.

“I was reading Martha Stewart’s magazine since I got out of high school, and watched her show religiously,” she says. “It was a dream come true for me. I think I was supposed to go through all I went through in order to get to where I am now. There are reasons obstacles are put in front of you.”

Trophy started as an idea, and now there are four stores! Plus, Jennifer was listed as one of Seattle magazine’s top 70 power players in the Seattle food world. Way to go, Jennifer!

Jennifer’s Advice When it Comes to Following Your Dreams: 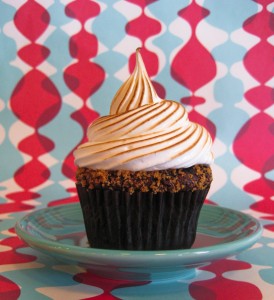 Jennifer has some great advice to share with anyone wanting to know how to jump start their dreams.

“Many girls think they have to figure things out in their 20s. I found my way when I was 36! Martha Stewart started her magazine in her late 30s. There is no time limit when it comes to your dreams. Plus, you don’t have to figure it out for yourself. Be a sponge for learning, and take all the help you can get.

Do your homework so you know your stuff. Don’t give up, and always stand your ground. Persistence is important.

Find a mentor in a business you admire and pick their brain or become an intern.”