Meet the Terrific Tech Bots from Edmonds, who can now add robot programmer to their resume! 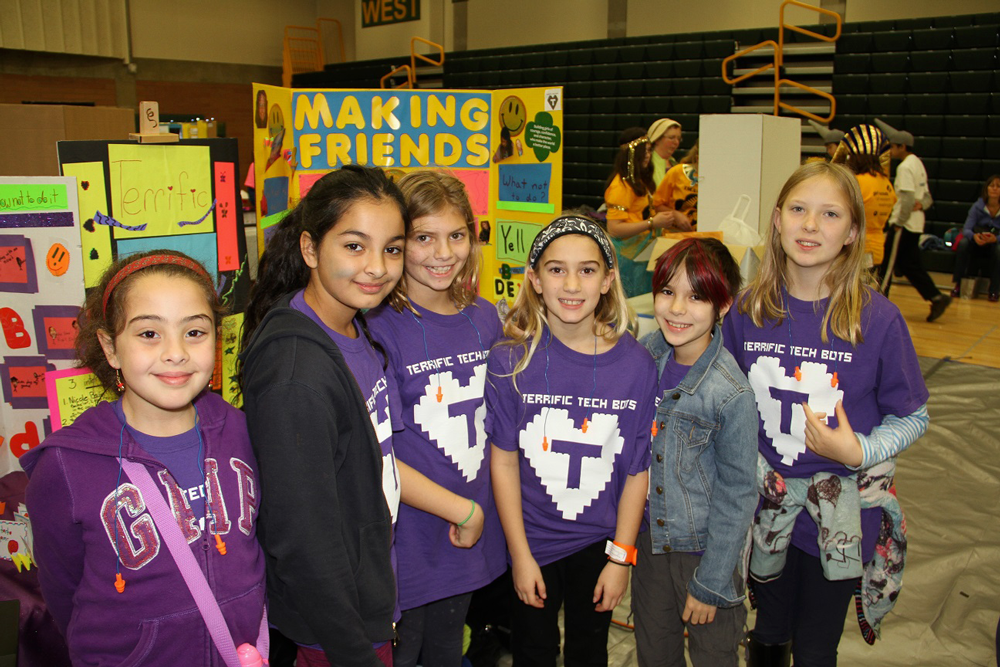 The Terrific Tech Bots are one of Girl Scouts of Western Washington’s 13 teams in the FIRST LEGO League engineering program this season – one of many science, technology, engineering and math (STEM) experiences that girls have access to through Girl Scouts. The program allows all-girl teams the chance to explore the world of robotics and learn how to work as a team to put a project together.

The girls started the season not knowing one another and never even had exposure to robotics or engineering. In fact, one of the girls had never even played with LEGOs before. And just as quickly as they began their new adventure, they finished with a complete robot that made it all the way to the state semi-finals!

The Bots struggled at first.

“No one accomplished anything the first couple of months,” recalled Joe Gregory, one of the team’s three coaches and a dad of two of the girls on the team. “We even had trouble keeping the robot in one piece.”

This became evident during the Girl Scouts of Western Washington-sponsored scrimmage. 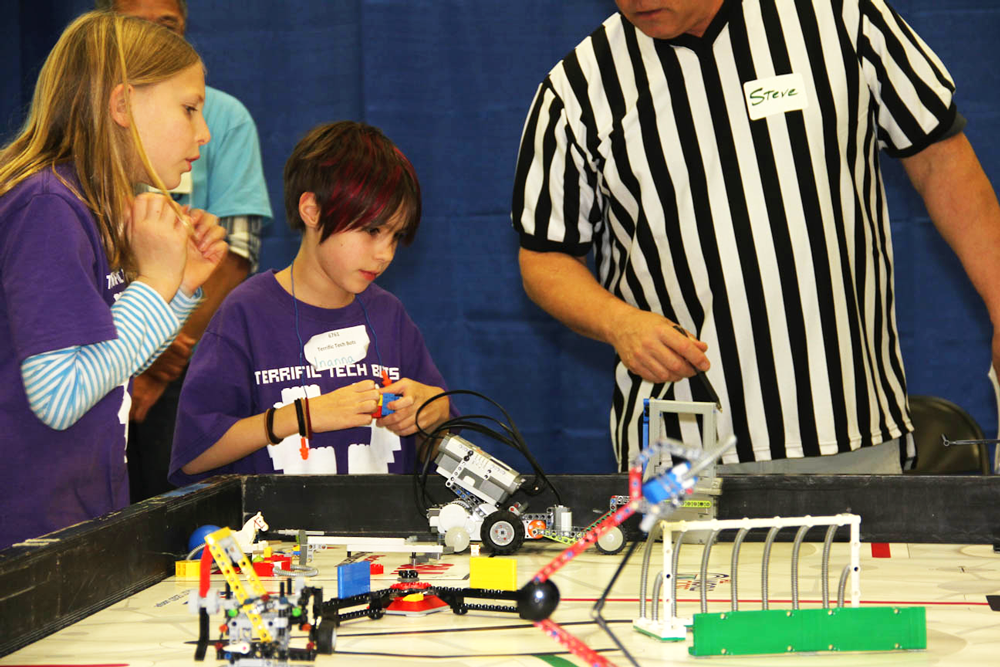 After that dramatic loss, “everything fell into place, and we had direction and knew what needed to be done,” said Joe. The Bots learned from the Mustache Bunnies, a veteran Girl Scouts of Western Washington FIRST LEGO League team, who taught the girls what to expect, shared helpful hits and provided them with a new sense of inspiration. 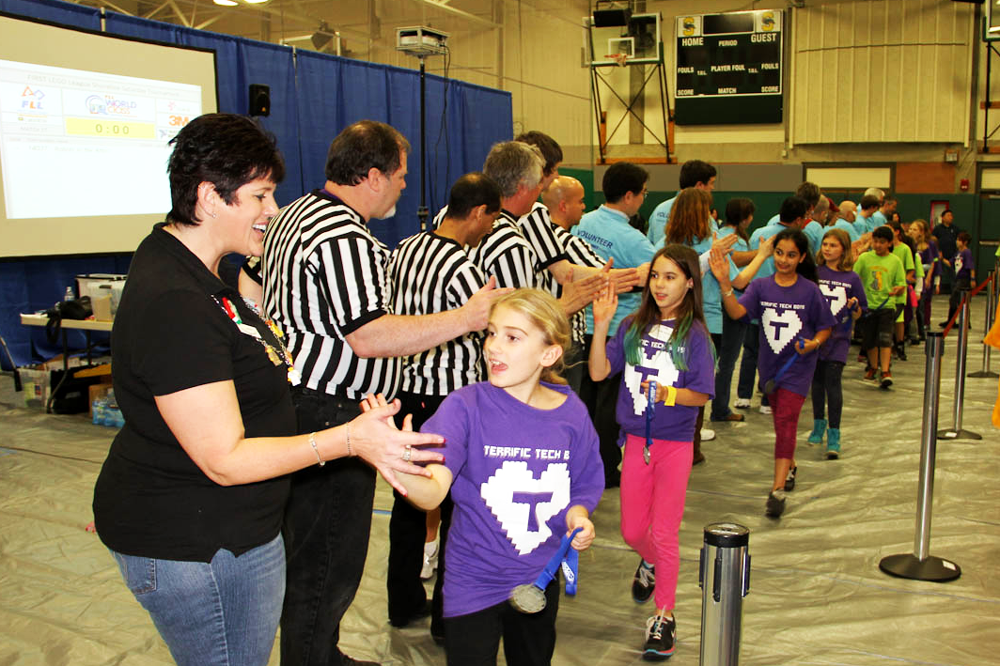 Their left brain-right brain approach served the team well. Each girl understood the robot they created because they all had a hand in building and programming it. The girls also knew the inner-workings of their “how to make friends” project because it was inspired by their own path to bonding as a team. The judges were impressed by their teamwork and unity.

Coaches Joe, Tony and Heather saw their team grow in confidence throughout the season.  One of their biggest accomplishments was exhibiting grace under pressure. Joe recalled one point in the competition when the girls forgot to put the arm on the robot.

“They looked at one another without any blame or frustration and made the decision as a group to try it again,” he said. “Nobody freaked out and they thought on their feet. They were a team, they supported each other and the judges noticed.”

All of the girls on the Terrific Tech Bots were excited by their unexpected advancement to the state semi-finals, and left the semi-final competition excited to start again next year.  We’re excited to see what they do next season! 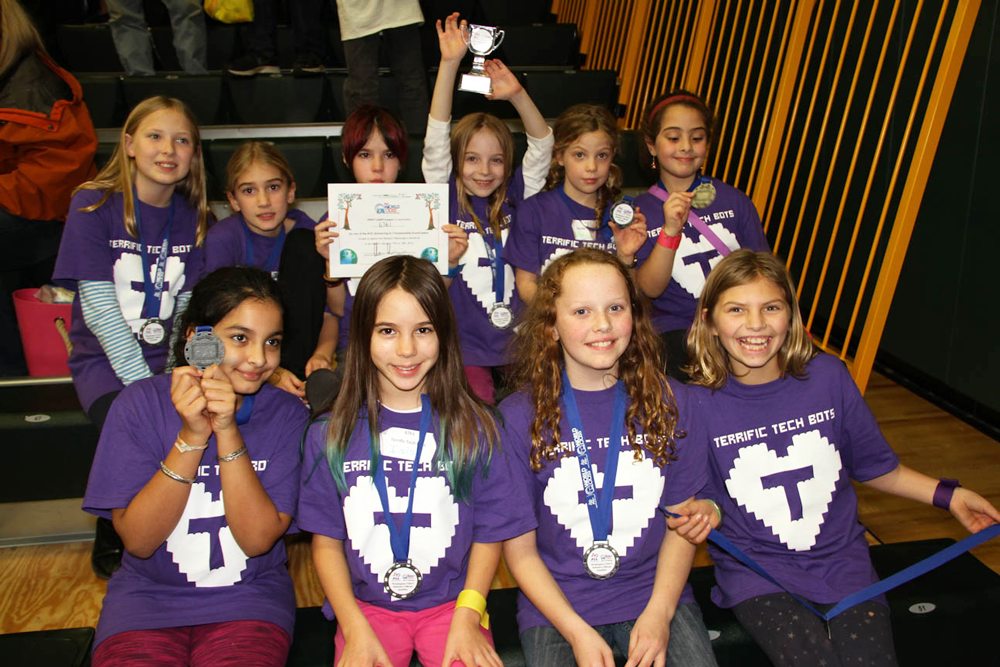 Hey Girl Scouts—interested in participating on a robotics team next year? Email robots@girlscoutsww.org to find out more!